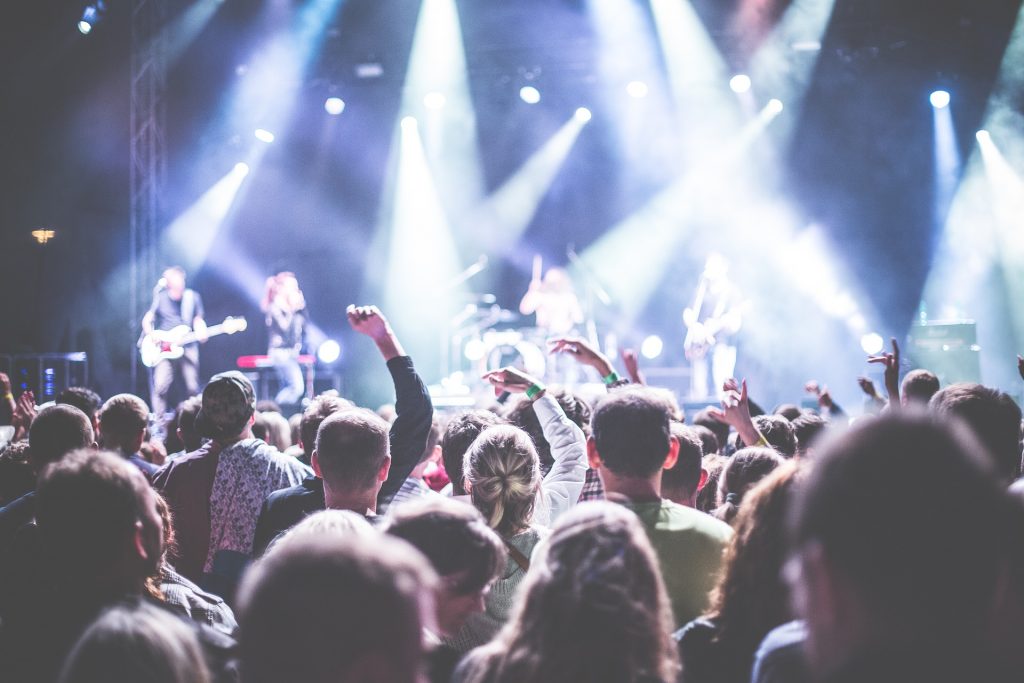 This week is Sexual Health Week 2018 and this year’s theme is around Consent. Here at Meic we’re having a weeklong campaign looking at the subject. We’ll be sharing our specially created videos, looking in depth at the subject in our articles and sharing information and links.

For our consent campaign today we take a look at song lyrics and how they might normalise behaviour that isn’t necessarily very wholesome when it comes to consent, and the issue of women being perceived as possessions in popular music.

Are you really listening?

Have you ever been dancing to your favourite song and then suddenly heard the lyrics… like really heard them, and understood them for the first time. What about hearing a song from your childhood that seemed ok to innocent ears, but now you’re older you realise they aren’t actually that nice?

If you realise that the singer/band is using sexist or derogatory language does this make a difference to how you feel about that song or that artist? Or do you just not care?

We’ve been listening to a load of songs, dissecting those lyrics, and now we’re sharing them with you to see what you think.

Join the chat on our social media channels on Facebook and Twitter with #MeicConsent #inappropriatelyrics. Share your own inappropriate lyrics. Tell us what you think about the ones we’ve shared here. Is it innocent fun or do you think that these kinds of songs could actually influence some people?

A year before dying in a plane crash in 2001, Aaliyah released Try Again, which was the lead single for the Romeo Must Die soundtrack. It’s described as being a song about love but is it a little more sinister than this? “If at first you don’t succeed… Dust yourself off and try again”. If we’re looking at consent then is it ok to keep chasing someone when they’ve clearly said no to you numerous times? Should she be encouraging this kind of behaviour?

It could be argued that the unwholesomeness of this record-breaking song, released in 2013, is much clearer than some of the others in our list. This song was pretty controversial with an X-rated video flaunting naked women and people like Miley Cyrus claiming a share of the controversy by writhing against Thicke on stage during the MTV Video Awards.

There are claims of misogyny (a hatred, dislike or prejudice against women) and that it encourages date rape. Despite this the song was a huge success and was number 1 in numerous countries including the UK and USA. Some say that lines such as “you know you want it”, “go ahead/get at me” and talking about “blurred lines” encourages the idea that no doesn’t mean no. Others have said that the song is about the empowerment of women. What do you think?

Finding fame on The Voice in America, country music artist RaeLynn released this song in 2014. It seems from the lyrics that girls are there to look pretty for the boys, sexual objects who exist to please men. Do you identify with this song or does it make you feel a little nauseous?

Sweet and wholesome Ed Sheeran, he could do no wrong could he? Back in 2017 he released the hugely popular Shape of You about meeting a woman at a bar and getting it on. Some people have criticised that the song objectifies women, focusing on her body and her shape rather than her intelligence and personality. Picking up a woman in a bar, gyrating on the dance-floor, spending the night together – more seedy than romantic perhaps?

Last on the list is good old loveable Welshman Tom Jones. 1967’s Delilah is such an iconic song, sang loudly and passionately by fans in Welsh rugby games and in bars up and down the country. Most of us know at least some of the lyrics… but wait… what’s that? “She was my woman…. I felt the knife in my hand and she laughed no more”. Ummm…. what?

So let’s break this down. Delilah was his lover. He sees her with another man through the window so he waits until morning, knocks on her door and stabs her to death! And we sing this song joyfully on the rugby field! Is there something a bit weird with that?

“I saw the light on the night that I passed by her window; I saw the flickering shadow of love on her blind; She was my woman; As she deceived me I watched and went out of my mind. My my my Delilah; Why why why Delilah; I could see, that girl was no good for me; But I was lost like a slave that no man could free. At break of day when that man drove away I was waiting; I crossed the street to her house and she opened the door; She stood there laughing; I felt the knife in my hand and she laughed no more.”

So there you go, these are just some of the inappropriate lyrics that we found. Discuss and share your own on our social media channels with #MeicConsent #inappropriatelyrics.

To lighten the mood after all that sexism and murder we’ll finish with A Kiss Is Not A Contract by the very funny Flight of the Choncords. A great song to share during Sexual Health Week.

Check out our other articles for Sexual Health Week – Consent:

If you’re worried about anything to do with consent, or if there is anything else worrying you, then you can contact the Meic helpline for advice and information. You can call, text or have a chat online.

Celebrate Being Single on St Dwynwen and Valentine

Getting an STI Test and Free Condoms

12 Acts of Kindness This Christmas

Say “NO MORE” to Domestic Abuse