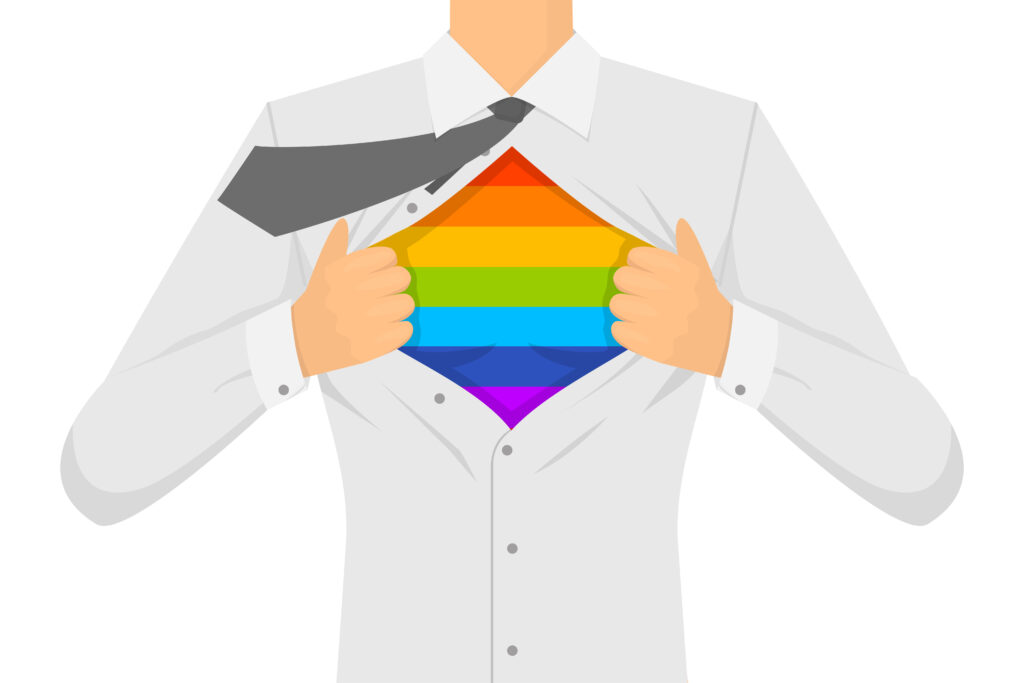 Throughout history, there have been many LGBTQ➕ people who have made massive contributions to the world. Some have not been recognised for this. Some were even punished! LGBTQ➕ History Month is a chance to remember these heroes and celebrate their successes at last.

LGBTQ+ stands for lesbian, gay, bisexual, transgender and queer history. The + is an inclusive symbol representing people of all identities within the community.
This article is part of Meic’s LGBTQ+ History Month Campaign – check it out here
This article is also available in Welsh. I ddarllen y cynnwys yma yn Gymraeg – clicia yma

Lily Parr played football at a time of huge change in the women’s game. She scored almost 1000 goals in her football career and was a huge inspiration to young girls and women. Parr continued to play football despite the restrictions of the Football Association and campaigned against the right for women to play the sport.

Alan Turing helped crack the Enigma Code during World War II, which was the German Nazi code for communicating. This discovery helped the Allies to win World War II, which shortened the war by approximately 2 years and saved millions of lives. 7 years after World War II finished in 1952, Turing was convicted for being homosexual. The punishment for being convicted of homosexuality in 1952 was either prison or hormonal treatment. Turing was chemically castrated as a punishment for being gay. In 2012, 58 years after his death, Turing was pardoned for his conviction of being homosexual. You can learn more about Alan Turing’s life in the movie The Imitation Game.

Bayard Rustin was a gay man and the chief organiser of the Washington March when Martin Luther King delivered his famous “I have a dream” speech in 1963. He spent his life fighting social and political change in times of inequality. He was awarded the Presidential Medal of Freedom in 2013 by President Barack Obama.

Michael Dillon, an Oxford graduate, had moved to Bristol and learned about a doctor called George Foss, who was gaining fame for treating women with testosterone. The women often complained of the effects of testosterone – facial hair, deeper voices, and increased muscle bulk. He heard of these side effects and wanted to take testosterone to help make his appearance more masculine. Shortly after, Dillon met a plastic surgeon called Sir Harold Gillies, who helped him have a penis created through plastic surgery over 13 operations. While other trans men had undergone surgeries before him, Dillon was one of the first to use testosterone and the first to receive a penis through plastic surgery.

Labi Siffre is a British singer-songwriter, poet, and activist. He released a few albums in the 1970s and had his first hit in 1971 with It Must Be Love which Madness later covered. In 1985, he released his most successful single (Something Inside) So Strong in response to Apartheid and inspired by his experiences as a gay man. Siffre has been openly gay throughout his career and has always addressed racism and homophobia in his work.

Sally Ride joined NASA as an astronaut and physicist in 1978. In 1983, she became the first American woman and known LGBTQ+ person in space. She was the third woman in space overall.

Mark Ashton was a co-founder of Lesbians and Gays Support the Miners (LGSM) along with Mike Jackson. Ashton fought for LGBT+ rights at a time of profound homophobia in the UK, as well as supporting the mining community, particularly in South Wales. Diagnosed with HIV/AIDS, Ashton was admitted to Guy’s Hospital in London on 30 January 1987 and died 12 days later. You can learn more about Mark Ashton in a film called Pride.

Jan Morris was a transgender Welsh historian, author, and travel writer. She became one of the first people to reach the peak of Everest in 1953 whilst working as a journalist documenting the famous first ascent with Edmund Hillary and Tenzing Norgay.