There is a very fine line between banter and bullying. The word ‘banter’ is believed to have originated in London as street slang. It is defined by the Oxford Dictionaries as “the playful and friendly exchange of teasing remarks”. Banter can be a positive thing: it can help to build relationships and lead to a lot of laughter and fun.

However we are all capable of hurting someone else’s feelings or offending them without intending to, and it’s important to be mindful of what we say and the impact our words can have on others. This isn’t easy: everyone has had different experiences in life, so everyone has different ideas of what they find upsetting. The same comment may not affect one person at all, but totally devastate another.

For it to be banter and not bullying, it is important that everyone involved in the banter is enjoying the interaction. If someone is laughing at remarks made about them, they are probably not finding it offensive (but keep in mind that even when people are laughing they can be hiding their hurt).

If everyone enjoys it, it’s banter. But if just one person finds it upsetting, and you continue, it becomes bullying.

If a person reacts negatively to something you have said, don’t try to change their mind or justify your words. Instead just make a mental note not to joke around about that topic with them in the future, as it’s obviously a touchy subject for them. That doesn’t mean you need to stop that kind of banter altogether, but you should stop it while you’re around that person because you know it will upset them. (It would be a good idea to ask your other friends how they feel about it too. It might be others were offended too.)

Similarly if people are constantly teased about certain characteristics (their new glasses) or experiences (that time they stepped in dog poo), even in a joking way, they may feel that they are being bullied even if that was never the intent. 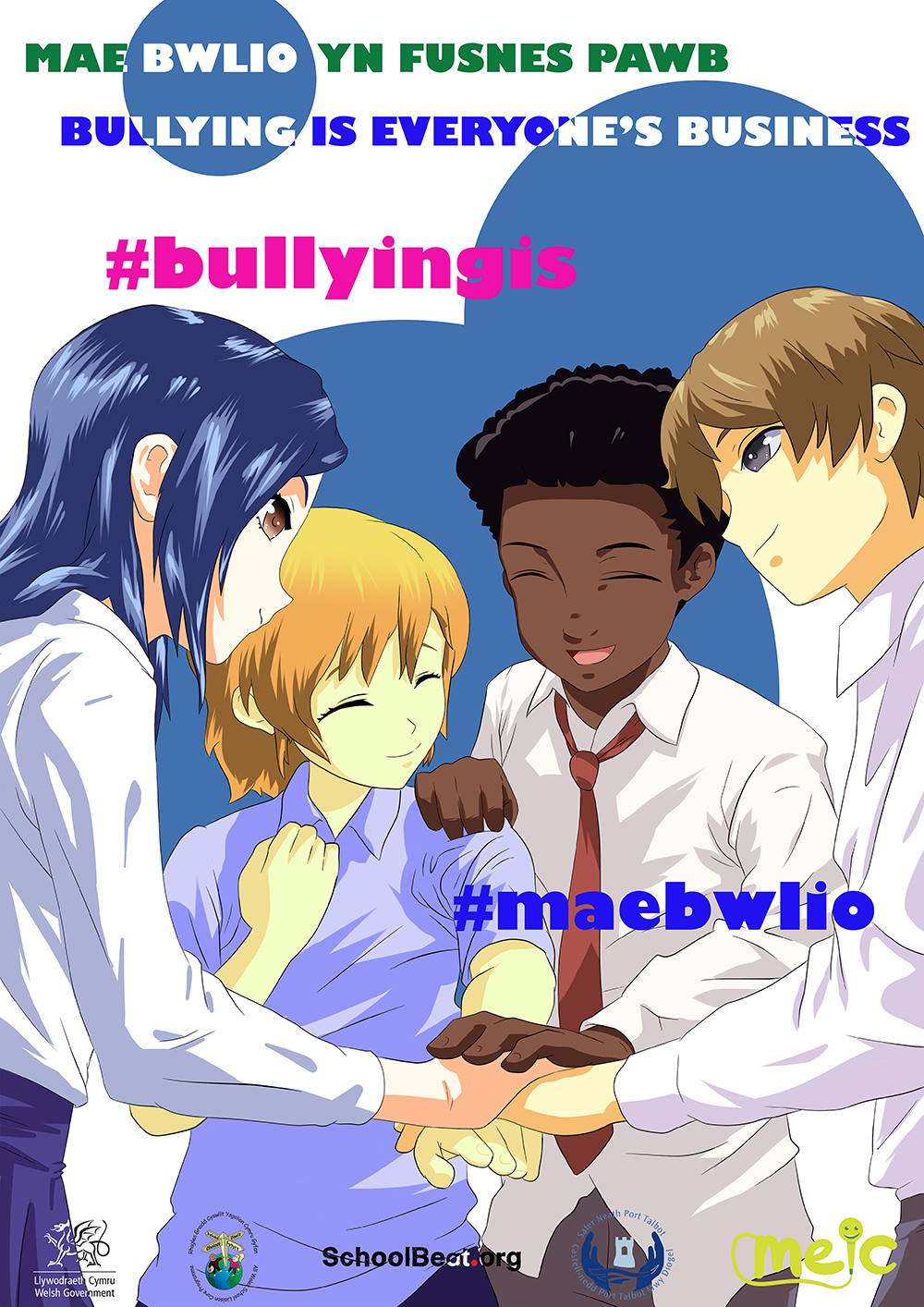 Any behaviour that hurts someone else is bullying. For example: name calling; spreading rumours; threatening or undermining someone. It can happen anywhere, to anyone, at any age.

A sign that it’s bullying rather than banter is if the same person is on the end of the teasing all the time. If everyone is getting an equal turn then it’s far more likely to be banter.

Understanding the difference between bullying and banter is crucial for everyone. Better understanding could lead to less misunderstandings and more consideration of other people’s feelings.

If you feel that you are being bullied it is important that you speak up. Sometimes people just need to be told that what they are saying or doing is upsetting someone, scaring someone or causing them offence. For more advice, see How to cope when being bullied and get in touch with Meic.

Raheem Bailey – Help If You’ve Been Affected By Bullying

Do Something Kind This Anti-Bullying Week

6 Steps To Take If You’re Being Bullied