Voting in the Senedd Elections: What, Why and How? 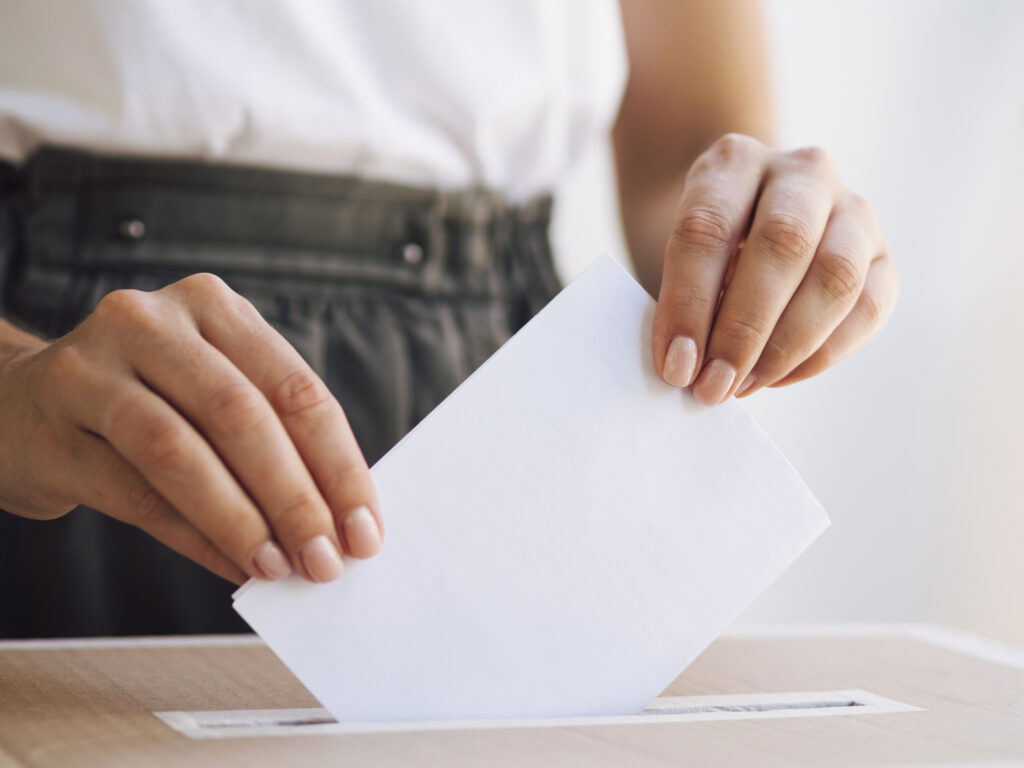 If you’re over 16 by the 6th of May then you’ll be the first people in Wales to be allowed to vote under the age of 18. We’ll take a look at reasons to vote, how to do it and what the Senedd actually does.

Do you sometimes think, “What’s the point in voting?” Maybe you’re not interested in politics, or maybe you don’t feel that the candidates and their policies represent you. So what is the point?

Why you should vote

The Senedd makes decisions about things that affect people’s lives. You vote to choose who you want to represent you in the Senedd. If you don’t vote then you don’t have any influence on this decision. Even if you spoil your ballot you’ll still be counted (more about this below).

Your voice is important. This is the first time 16 and 17 year olds have been allowed to vote in Wales. Scotland have already given 16 and 17 year olds a vote, with record numbers turning out. The UK is still set at 18. It’s taken a lot of time to get young people the right to vote. Make sure you use it!

It’s easy to think, “my one vote won’t make a difference”, but the changes this year means a potential 100,000+ extra new votes. If a large number of people in your age group decided that they weren’t going to vote, then that’s a lot of votes that aren’t counted, and your generation won’t be represented.

Every vote counts… and every non-vote too

Even if your preferred candidate isn’t chosen, the fact that you turned up to vote can still have an influence. Statistics are important when politicians create policies. If they think that a lot of young people will turn up to vote, then they are more likely to create policies to attract that young vote. This will benefit you.

If there’s nobody you want to vote for that represents your views then you can choose to spoil your ballot. It’s a way of showing that you’re not satisfied with the choices given to you. If you stay at home they’ll just assume you’re not interested in taking part, if you spoil a ballot you’re telling them that you’re disengaged. The number of spoilt ballots is read out with the results – so you will be heard. If there are a high number of spoilt ballots then this indicates that a lot of people didn’t feel represented. It might make them look at their policies in the future and make changes to try and attract votes from the disengaged.

If you want to vote in the Senedd elections, then you need to make sure that you are registered to vote before 19th April otherwise you won’t be allowed to take part. You have to be 16 on polling day and living in Wales. Make sure you register here, it only takes 5 minutes.

The information below is how elections worked pre-covid. There may be changes this year as the Senedd have created new laws to be able to postpone the election by 6 months (if they decide that this is needed) and to hold polls over a number of days instead of one (to help with social distancing) but we’ll be given information about the arrangements closer to the date.

In the Senedd election you’ll have two votes.

There are three ways to vote. You can vote in person, by proxy (nominate someone else to vote for you), or through the post.

After registering you’ll get a card through the post with details and the location of your polling station (the place you go to vote). Take this with you on the day (although you can still vote if you’ve lost it), hand the card over to the people at the desk and they’ll hand you your ballot paper. Take this ballot paper over to one of the private booths and mark your choices with a cross.

If there is a reason that you can’t get out to vote on Election Day, then you can apply to vote through proxy up until 29 April, or if you need to self isolate you can apply for an emergency proxy vote up until 5pm on Election Day. This means choosing someone you trust to vote for you. There will be more flexibility with proxy votes this year as more people may have to take advantage of this if they need to self isolate because of Covid.

If you’re intending to vote by post then you’re going to need to register for this beforehand. Your application needs to be received by 5pm on 20th April 2021. As there is likely to be more demand for postal votes this year, it is recommended that you apply as soon as possible. Application form available here.

What is the Senedd?

There are 60 members of the Senedd that are elected by the Welsh public. You will have five members representing you and your area – one is for your local area and the other four are for the region you live in. Senedd elections happen every five years.

The Senedd makes laws and sets taxes in Wales and it also oversees the work of the Welsh Government. This means that they check to make sure that they are doing what they are meant to be doing and spending money correctly.

Check out the video below to see what powers the Senedd has.

The Welsh Government makes policies in devolved areas (like health, education, transport etc. – areas that aren’t governed by UK parliament). These policies are checked and approved by the Senedd, and then the Welsh Government, which has hundreds of civil servants working for it, works to put them into effect.

If you’re worried about voting, or if anything else is worrying you, then contact the Meic helpline confidentially. Our advisers will listen, talk and offer advice and will help you find a way forward.

Tips To Reduce Your Use Of Plastic

What Are Your Options on Election Day?

Microvolunteering – What It Is and How To Take Part