Should You Be Worried About Monkeypox? 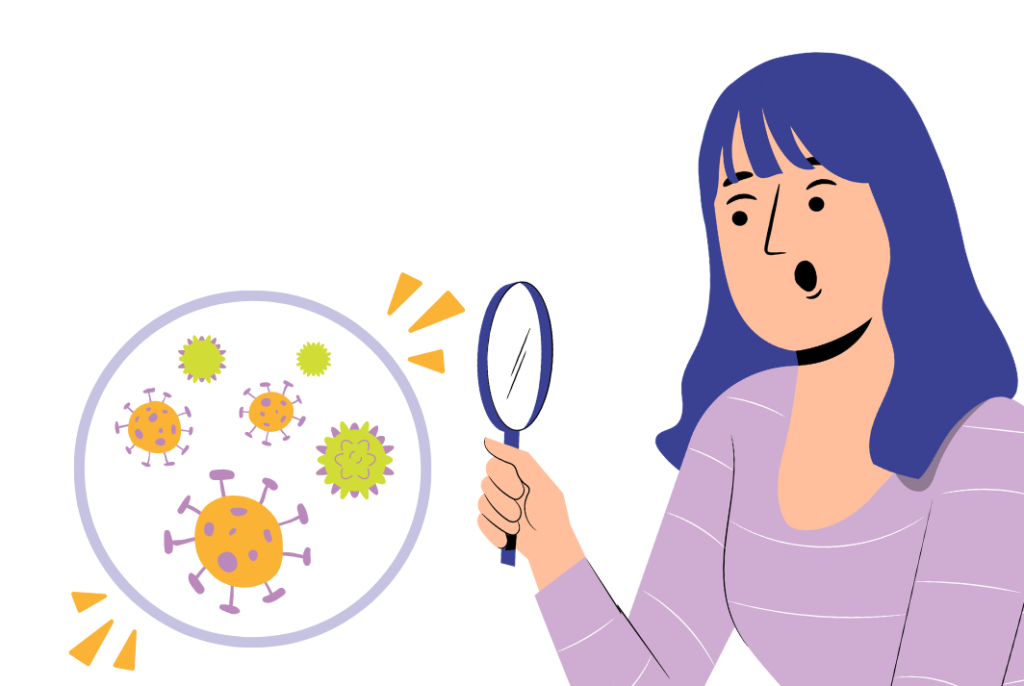 With all the media attention around monkeypox, it can be hard not to worry about the recent outbreak reported in the news and on social media. It may be confusing to understand what’s going on, especially when there’s misinformation being spread. This blog looks at what monkeypox is and how to cope if you’re worried about it.

Monkeypox is not a new disease, but you will have heard more about it recently because new cases have been found worldwide, including in Wales and the UK. This is the worst outbreak of monkeypox outside of Africa, where the disease is endemic (regularly found in a particular area).

The disease can usually be found in remote parts of central and west African countries, near tropical rainforests. There have been cases outside of Africa since 2001, but these have been rare.

There have been several cases of monkeypox diagnosed in the UK recently, so it’s being called an outbreak.

What are the symptoms?

At the beginning of an infection, people experience flu-like symptoms such as fever, muscle aches, chills, and tiredness.

Within 5 days of these symptoms, a rash tends to develop, which looks a bit like chickenpox. The rash often begins on the face and then spreads to other parts of the body, mainly the palms of the hands and soles of the feet. This rash will then blister and scabs will form, which later fall off. The rash can be very itchy and painful and can leave scars on the skin once healed.

The infection usually clears up without medical treatment and can last between 2–3 weeks. Severe forms of monkeypox have been reported with some deaths in West Africa, but most virus cases are mild.

How does it spread?

Monkeypox is most commonly spread through direct skin-to-skin contact, but it can also enter the body through broken skin, the respiratory tract (the organs you use to breathe), or the eyes, nose or mouth.

It can also be spread by touching infected animals such as monkeys, rats and squirrels, or infected objects like bedding and clothing.

Whilst anyone can get monkeypox, the UK Health Security Agency has said that gay and bisexual men should be particularly vigilant due to a significant number of recent infections across Europe. They said they should “be alert to the symptoms and seek help if concerned”. Although monkeypox has not been described as a sexually transmitted disease, it could be passed on if you have sex with an infected person due to being in close contact, regardless of sex, gender, or sexuality.

Should I be worried?

All the media attention around monkeypox doesn’t help in causing people to panic, especially after experiencing the Covid-19 pandemic, but this is not the same.

Monkeypox is a virus that’s been around in humans for over 50 years. It is in the same family as smallpox and was first discovered in monkeys (hence the name) in 1958. The reason that health professionals are reacting is to try and stop the virus from becoming a common illness in this country, like chickenpox. There are very effective antiviral drugs and vaccines that have already been developed to effectively treat and control the outbreak if needed.

The risk of catching monkeypox in the UK is low. It’s unlikely that you have the virus if you’ve not recently travelled to west or central Africa or been in close contact with someone who has monkeypox.

However, anyone with unusual rashes or lesions on any part of their body should:

Keep informed on the latest updates on cases of monkeypox identified by the UK Health Security Agency (UKHSA).

Worried about what’s going on in the news? Learn how to cope with distressing things in the news.

If you need to talk confidentially about anything that’s worrying you, whether that be monkeypox related or anything else, then Meic is here to listen and offer advice every day between 8am and midnight. Text, Call or chat to us online.

Grab The Meic: Have I Started My Period?

Checking Your Breasts For Changes

6 Steps To Get a Better Night’s Sleep

The Truth About Recovery – A Poem

Meningitis and Measles: Protect Yourself